In metal additive manufacturing (AM), orientation on the build plate can be a head scratcher, to say the least. Proper orientation optimizes support-structure needs and functions, minimizes thermal distortion, reduces printing and finishing time, and, overall, produces an optimal part.

But getting to the right orientation is quite a trick. In fact, often there is no “right” orientation, only an optimized solution with tradeoffs made along the way.

Today, AM boasts numerous success stories as the processes continue to evolve. Volk cites a number of successes, from metal AM used to produce rotating parts for a major manufacturer that only a decade ago claimed it would never go that route, to the use of topology optimization that enabled 50-percent weight savings on seatbelt buckles used in commercial aircraft. With many AM challenges met, however, many more exist.

“Early in the evolution of prototyping and part generation, it was thought that the best part orientation was the lowest Z-axis orientation,” says Volk. “That was based on layer thicknesses and time in the machine. In fact, I had recent involvement in an application where such an orientation was determined to be the worst due to detrimental changes it made in the X-Y-axis orientation of the footprint.

“In a production setting, you want as many parts on that build plate as possible because it provides the quickest and most cost-effective build,” Volk continues. “In many cases, the lowest Z-axis orientation only allows for a few parts on a build plate.”


Besides build economics, orientation greatly affects residual or thermal stresses. Increased heat input throughout a build and rapid deposit of successive layers introduces and promulgates these stresses, which in turn distorts the part as well as its support structures. Such residual stresses decrease the likelihood of a successful build.

A part may be oriented at a unique angle–not horizontally–to allow as many parts as possible on the build plate and to reduce the above-mentioned stresses. However, printing at, say, a 45-deg. angle introduces other complications related to support and finishing requirements. Often, there is no one correct orientation, just the best possible tradeoff.

“When I train people on orientation, I start by asking if they’ve ever played the game 3D Connect 4,” says Volk. “When starting to look at orientation, players quickly exhibit tunnel vision, focusing on one direction or surface–playing 2D tic-tac-toe instead of 3D Connect Four, and realizing too late the impact made on other surfaces and directions. Rubik’s Cube is similar in this way.”

The process can be frustrating, especially when no clear answer exists.

“In some applications, the same part may be oriented differently for print based on end-result goals,” Galloway says.

Atlas 3D’s Sunata software, as described in the webinar and in use at Incodema3D, can eliminate an expensive and time-consuming simulation process, according to Atlas 3D officials.

With Sunata, users download designs directly into the cloud-based program and automatically receive the optimal orientation and associated support structures. The software, requiring no servers to install and configure, and no IT support, works with many metal feedstocks.

In practice, the software’s patent-pending Thermal Circuit Network (TCN) scientifically parses the print design into thermally similar layers, which then are divided into thermally similar segments. The TCN applies its thermal-modeling algorithm to arrive at the optimal orientation and support structure for that design after running it through 100 different orientations.

Sunata gives users the ability to scale requirements from next-to-zero distortion with longer print times, to more tolerable distortion with shorter print times. And, because the software optimally orients and supports the part for printing, it can accurately provide the total print time and amount of sintered material the design requires, thereby providing accurate cost-to-print data, according to company officials. 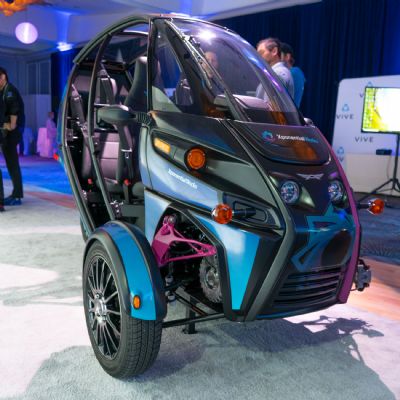 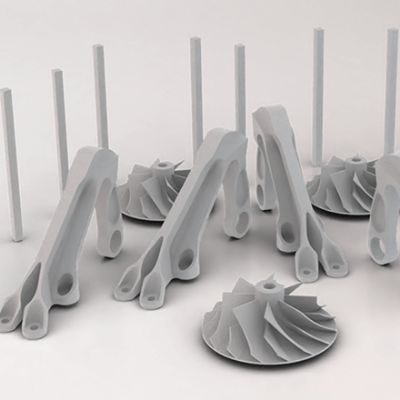