AM Driven by a Unique Combination

In 2006, Daniel Pink wrote “A Whole New Mind: Why Right Brainers Will Rule the Future.” If you recall, left-brain types have been considered analytical and linear…computer-like is an apt description. Right-brainers, in contrast, are described as inventive, creative and understanding. As his book relates, Pink sees right-brain thinking as incorporating the skills required in business. Without right-brain thinking, he argues, businesses will operate merely as commodity providers, with little to differentiate their products and services from the competition.

Perhaps Pink is right, perhaps not. Time will tell. But in my mind, success in additive manufacturing (AM) requires an ample supply of both right- and left-brain thinking. From the right side, AM is a mere baby among manufacturing processes. Every day it seems, new ideas about what to create, and how to create it, take shape, and each new day seems to bring new AM processes and equipment, from myriad sources, to do just that.

Hybridization, such as combining additive- and subtractive-manufacturing methods, denotes creativity on the part of those seeking to combine the best of various processes to deliver products in a high-quality, productive and profitable manner. And, designing particular products relies on creative minds that can envision parts that, until now, were restricted by the processes used to produce them. Materials, too, depend on creative formulas that incorporate specific ingredients in unique combinations and structures to deliver the properties needed to birth parts that meet quality and performance requirements.

All of this makes a pretty good case that AM is the domain of right-brainers. But not so fast.

In this issue we focus quite a bit on simulation. Data don’t lie. Simulation is all about data, and in the data are the hard and fast rules of the road. With its sophisticated algorithms and accumulation of historical data that grows by the day, simulation is robust now, and only will become more powerful. Simulation is unyielding. It tells us what can and can’t be printed, and how products can be expected to perform. Simulation is the embodiment of analytical thinking—a true left-brained process.

For AM, left-brained thinking by itself does not ensure success. The same goes for right-brained thinking. But meld the two, and AM becomes a powerful and destiny-shaping innovation. Creative teams that think outside of the box can dream up all manner of unique products. Data-driven analysis can provide answers as to if, and how, these products will work, without costly and time-consuming trial and error.

New ideas spread around the planet at light speed. Productive innovation, fed by creativity and data analysis, is the winning combination in the AM world of the future. The right approach and right product can come more quickly than ever, leaving all the other players behind.

This coming June 6 marks the 73rd anniversary of D-Day, when Allied forces invaded the Normandy coast, an event that led to the end of World War II in Europe. D-Day involved the application of brute force, a massive armada that could have functioned as a battering ram. But war planners rightly determined that a basic battering-ram approach would be costly, in lives and material, and time-consuming in that such an approach could have resulted in a stalemate and protracted encounter such as the trench warfare of World War I. That is why planners employed ruses, secrecy and multiple landing zones, in front of and behind enemy lines.

Much went wrong on D-Day and the ensuing days. Inaccurate targeting and inaccurate troop placements demanded creativity on the part of those in the field, in groups as large as battalions and as small as platoons. Arms and armor combined with outside-the-box thinking, bringing about an Allied victory.

D-Day may be an imperfect analogy, but it illustrates how creativity can combine with straightforward methods to produce good results. The same is true for AM.


New Version of Software for CNC-Machining Simulation Adds AM... 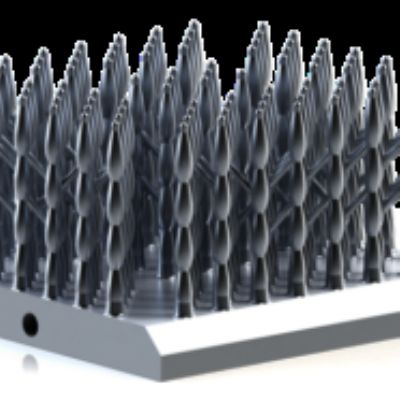