It could have happened to anyone, on any machine tool. The last line of the CNC machining program directed the head to return to its Z0 position. The problem: Zero didn’t signify machine home as intended, but rather part zero, which in this case was the bottom of the workpiece. The simple oversight not only destroyed a workpiece that took many hours to build, but damaged the machine tool as well.

“We’d just finished building this beautiful part and the head just plowed right into the middle of it,” says Austin Kron, managing director at BeAM, a developer and builder of metal additive manufacturing (AM) machines, speaking from the company’s U.S. operations in Cincinnati, OH. “Because we obviously want to avoid situations like this in the future, we immediately began looking for a software tool that would enable better visualization of the AM process. That’s what brought us to CGTech.”

Thanks to Vericut software from CGTech that can verify laser performance, detect collisions and handle the complexity of AM, BeAM now has a better handle on the build process, protecting users from part crashes and busted tools.

DED Ideal for Build and Repair

Based in Strasbourg, France, BeAM offers an alternative to powder bed fusion printers by combining a three-axis laser head with a tilt-rotary table to provide five-axis control of the AM process, referred to as directed energy deposition (DED).

“We can build part features measuring only 1⁄32-in. across while holding a tolerance of ±0.002 in., and attain a great surface finish,” Kron explains.

The DED advantage extends to post-processing. Unlike powder-bed printers, which require elaborate structures to support the workpiece during the build process, BeAM’s DED machines rotate the part in any needed direction to prevent molten metal from drooping or curling. This greatly reduces post-secondary machining time and its associated fixture costs, and lets us generate otherwise unachievable shapes.

The machines also can combine multiple materials such as stainless steel and titanium or copper and steel in a single workpiece, opening the door to enhanced electrical, thermal and mechanical properties. And, users can add material to existing parts—repairing damaged turbine blades, perhaps, or adding features to previously machined products—or simply build those same parts from scratch. The result is increased flexibility for designers and end-users alike.

Similar in concept to laser cladding, DED works by injecting metal powder―roughly the consistency of bread flour―into a stream of argon gas. The entrained material then is directed through a nozzle and into the path of a high-power fiber laser, which creates a melt pool on the surface of the burgeoning workpiece. For maximum material deposition, a second stream of gas can be applied, as can additional laser power. For example, BeAM’s flagship model, the Magic 800, supports dual fiber lasers providing as much as 2 kW of power, five separate material hoppers and a maximum build volume of 1200 by 800 by 800 mm.

“Think of our machine as a five-axis machining center, with the spindle replaced by a laser-deposition head,” explains BeAM’s business development manager Zeke Sudbury. “Since its introduction to the U.S. market in 2016, it’s become popular with the aerospace, energy and defense industries, and is beginning to move into the automotive market for use with tooling repairs.”

Because of this widespread interest, and to prevent the crash experience detailed above, BeAM has entered into an informal partnership with Irvine, CA-based CGTech Inc., provider of Vericut tool path simulation and verification software.

Vericut verifies laser activity, power, material feed and gas flow; detects collisions between machinery and an AM part; and identifies errors, voids and misplaced material during part construction, according to CGTech officials. It reportedly enables users to visualize realistic appearance of material deposition and machine features; supports five-axis milling, turning and additive laser sintering; and simulates G-code programs for hybrid machines. BeAM officials confirm these capabilities, while noting the difficulty inherent in applying techniques employed in subtractive machining for the complexities of AM.

For example, operators of five-axis CNC machining centers recognize the high collision potential on these machines as well as the complex programming required. With no way to see in advance every aspect of the machining cycle, catastrophic events may be unavoidable. AM only increases that possibility.

“With a traditional five-axis machining program,” Kron explains, “you might generate as many as 20,000 lines of G-code. On the other hand, for AM builds we regularly create programs with 70 million lines of code.”

Hence the need for Vericut in BeAM’s AM processes, but the software implementation brought hurdles related to the immense data needed for AM.

Although Vericut did as promised, eliminating future crashes, the extreme number-crunching needed for some of BeAM’s simulations took longer than expected, even after adding computing power. Vericut software engineers reviewed BeAM’s unique deposition strategies and responded by implementing software advancements designed specifically to meet those needs.

“We were faced with a constant stream of five-axis G-code, millions of lines of it,” says CGTech product manager Gene Granata. “On top of that, additive parts ‘grow,’ creating more part geometry prone to collisions further along in the machine cycle, which is the complete opposite of subtractive manufacturing. Vericut’s unique Droplet technology records everything that happens during the part build, allowing users to come back later and analyze the build if something isn’t quite right.

“While all of this takes place,” he continues, “Vericut checks for collisions between the deposition heads and the constantly growing workpiece―no small task by any means.”

CGTech, resulting from the collaborative effort supporting BeAM engineers, expects to incorporate lessons learned into coming releases of its software for AM. And, arising from their use of the tool path simulation and verification software system, BeAM engineers now feel more confident that there won’t be any simple but very human mistakes when programming their machine tools.

CGTech’s Vericut team delivered a new release of the software to BeAM within a few weeks of the initial simulation-length concerns, and continues to work with the company on additional enhancements. 3DMP


New Version of Software for CNC-Machining Simulation Adds AM... 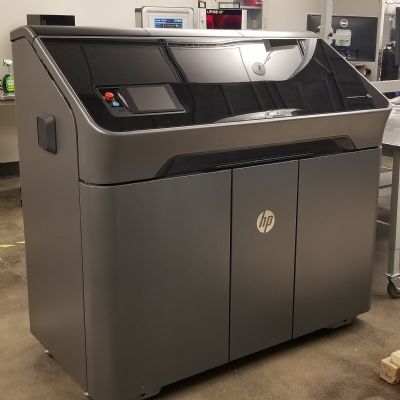 
Tackling a Mountain of AM Challenges in The Rockies