A First: U.S. Navy Deploys Xerox AM Machine at Sea 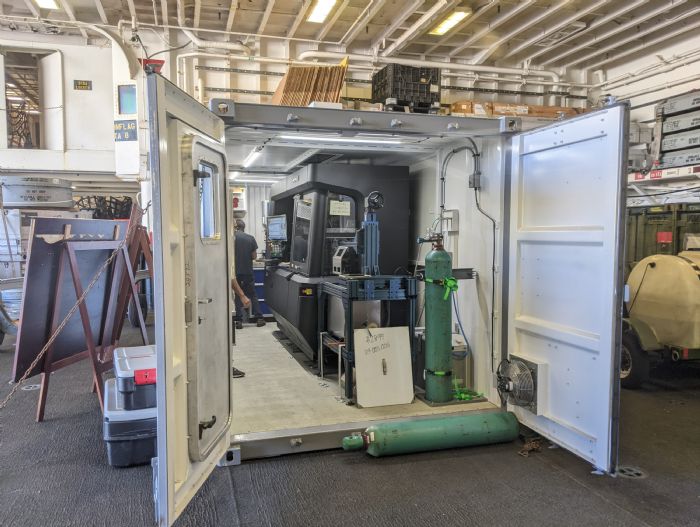 The U.S. Navy has operationally deployed a Xerox ElemX Additive metal-additive manufacturing (AM) machine at sea, reportedly a first for a metal-AM machine aboard a Navy ship. Following shipboard testing of metal-AM technology that began in 2014, the U.S. Navy has pursued it aggressively, with the USS Essex amphibious assault ship recently installing ElemX liquid metal printer and now undergoing sea trials, according to Xerox Elem Additive Solutions officials.

The deployment builds on the relationship between the U.S. Navy and Xerox Elem Additive that began with the Naval Postgraduate School in Monterey, CA, receiving the first-ever installation of the ElemX in 2020.

“The military supply chain is among the most complex in the world and putting the ElemX on the USS Essex means that sailors now can bypass that complexity and print parts when and where they need them,” says Tali Rosman, general manager of Elem Additive. “We are proud to continue our partnership with the Navy to help them advance their AM capabilities and execute their long-term vision.” 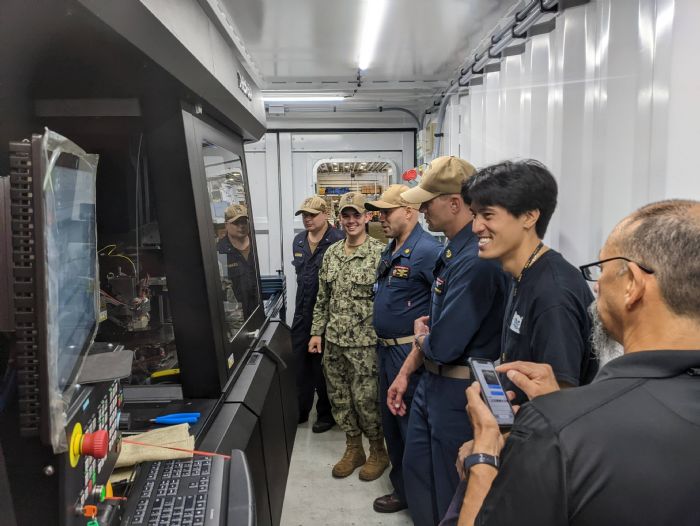 The ElemX leverages Xerox’s liquid metal AM technology that uses standard aluminum wire. With no hazards associated with metal powders, the ElemX requires no special facility modifications nor personal protective equipment. The printer requires minimal post-processing and, therefore, provides a faster time-to-part, according to company officials, who add that the ability to produce reliable replacement parts on-demand reduces the dependency on complex global supply chains for deployed forces.

To withstand various sea states and environmental challenges commonly encountered by warships, the ElemX was installed in an industrial shipping container to ruggedize it. Current sea trials are establishing operational guidelines and technical feasibility studies to determine applications and use cases. A team on board USS Essex will design and print shipboard items and provide feedback to U.S. Navy officials.


Xerox Enters Metal AM With Acquisition of Vader Systems


Mantle Unveils Collaborations Based on its TrueShape Printing Technology