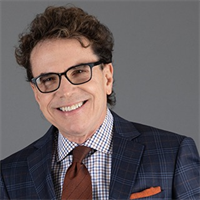 
Selling Replacement Parts in an AM World: What the Music Industry Can Teach Manufacturers 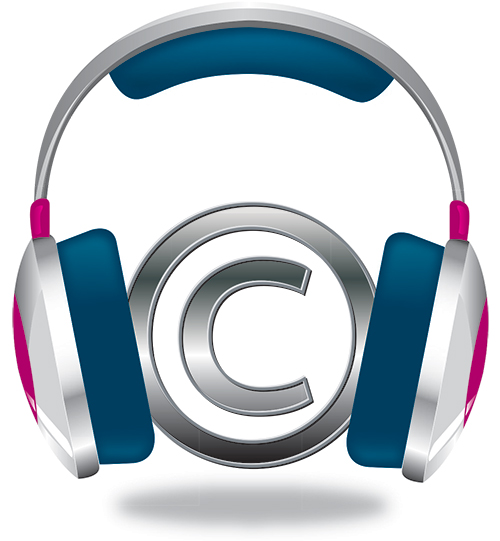 What can the music industry teach OEMs if they want to keep selling replacement parts after 3D printing takes hold? Get into the licensing game.

Traditional intellectual-property (IP) enforcement theories exist to protect the designs, utility and digital blueprints of parts, but a digital ecosystem poses unique IP challenges for equipment manufacturers. Even with legal rights, these rights will not be enough once consumer behavior changes. Your customers may scan your parts or download their digital files off of Pirate Bay. You could sue your customers, but as the music industry knows, that will not work unless you want to alienate them.

Back in 1999, music proprietors had rights, too, but consumers wanted to trade music files online anyway, so they did. In time, the music industry stopped suing its customers for copyright infringement as a primary strategy and instead licensed their products to them. All that most consumers wanted was a safe and elegant marketplace to download legal music at an affordable price. The bottom line: Even if your customers could scan replacement parts after you sell a machine to them (or obtain the digital files on Pirate Bay), they would rather pay a premium to you, the OEM, for safety, quality and a warranty. Today you are a manufacturer. Tomorrow you may be a software company.

Among the next generation of 3D-printing patents that will soon expire are key patents for metal-based printing processes. The patents’ expiration will almost certainly result in significant price reductions for 3D printers in the metal-based field. For example, a key patent for selective laser melting (SLM), held by the Fraunhofer Institute for Laser Technology, will expire in December 2016. As a result, 3D-printer manufacturers in 2017 and beyond will produce SLM printers at substantially reduced prices. For such reasons, we expect dramatic growth for printing processes that can produce functional metal parts.

And, as 3D metal printing becomes ubiquitous, customers that had previously purchased metal replacement or spare parts from the OEM may no longer do so because they will be printing the parts themselves or via a metalformer, without the OEM’s involvement. That will be a huge loss of revenue for the OEM. Does the OEM have any legal rights when its customers simply can obtain the CAD files for metal-replacement parts off of a website and install them without the OEM having any knowledge?

Let’s begin with patented parts. To be sure, legal-enforcement mechanisms are in place to curb the illegal trading of patent-protected parts, though even here questions exist. There will be significant challenges identifying patent infringers as online trading of files occurs, as well as challenges in applying traditional theories of direct, induced and contributory infringement in the new digital ecosystem. Moreover, a setback for patent rights-holders recently occurred in ClearCorrect Operating, LLC v. Int’l Trade Comm’n, a decision issued by the U.S. Court of Appeals for the Federal Circuit on November 10, 2015.

In ClearCorrect, the Federal Circuit held that the jurisdiction of the International Trade Commission (ITC) does not extend to electronically transmitted digital data. The ITC initially blocked the importation of digital files that would permit operators of U.S. 3D-printing facilities to manufacture dental braces that infringed the patents on the Invisalign brand of clear braces. The Federal Circuit overturned that decision, ruling that under U.S.C. section 1337(a), the statute governing the ITC, jurisdiction extends only to “articles,” which the Federal Circuit interprets as material and tangible things. Therefore, the ITC’s jurisdiction does not extend to digital files imported into the United States that are useful for 3D printing of patentable articles.

The notion that 3D model files or blueprints may themselves not be patentable subject matter impedes rights-holders from pursuing free-riding behavior in the world of things, the same kind of behavior that decimated the recorded music business post-Napster. However, the dissenting opinion from Judge Newman in ClearCorrect suggests that the Federal Circuit’s opinion will not be the end of the story. Moreover, the Federal Circuit’s ClearCorrect holding only affects ITC investigations and not infringement actions in the federal courts.

As to the hybrid cases, in May, 2016, the U.S. Supreme Court granted a petition for writ of certiorari to clarify an important test: How is copyright protection applied to articles that are “mixed,” i.e., that are functional and have expressive features? The case is Varsity Brands, Inc. v. Star Athletica, LLC, 799 F.3d 468 (6th Cir. 2015), which concerns the copyrightability of articles of clothing, which are useful and functional (in this case, cheerleader uniforms). Under the Copyright Act, a “useful article” such as a dress or cheerleader’s uniform (or other useful articles such as replacement parts for airplanes, automobiles or other big machines) fundamentally cannot be copyrighted. However, a useful article’s expressive features may be protected if they can be “identified separately from, and…existing independently of the utilitarian aspects of the article.”

What is the appropriate test to determine when a feature of a useful article is protectable under § 101 of the Copyright Act? It seems that the Supreme Court will provide an answer, perhaps later this year or early in 2017. In addition to providing clarification for the apparel industry, a predictable test for conceptual separability is important for the growth of the 3D-printing industry.

Pirate Bay, the notorious torrent site that has traded music and movie files for years, is now trading files in a whole new category: Physibles, i.e., 3D files for 3D printing. Established companies such as Shapeways and Thingiverse host thousands of 3D digital models for a variety of articles, sometimes only expressive and sometimes only useful—but often a mix of everything in between. Can the Copyright Act be leveraged by the owner of the design of a lamp to demand that Shapeways (through a DMCA take-down notice) take it down and its displayed 2D photo/rendering? (Assume that the lamp was scanned and posted by a third party to the Shapeways site without the owner’s permission.) Yes, if the lamp itself is protected by copyright law. We know that a basic no-frills lamp would not be protected by the Copyright Act. We know that a lamp as expressive as the famous “leg lamp” in the “Christmas Story” movie would be protected by the Copyright Act. And, as for the myriad of lamp styles that fall along the continuum in between, it gets blurry. As succinctly stated in Shapeways’ amicus brief in support of Star Athletica’s petition, “Shapeways and its users will often be called on to navigate the landscape of conceptual separability and would benefit from the certainty and clarity of a single test.”

3D Metal Printing and the Future of Digital Commerce

Gartner analysts predict that by 2018, $100 billion per year in intellectual-property losses will be attributable to 3D printing. Particularly vulnerable are the spare- or replacement-parts industries. To mitigate such threats, notwithstanding the challenges, legal precautions should be considered. These include trade dress, patent claiming and copyright strategies to protect against infringement in the digital realm. In addition, certain trademark-validation features could be incorporated in the materials themselves.

But whether or not your part is protected by a patent, copyright, trade dress or nothing at all, think about licensing. The music industry did not effectively leverage a digital marketplace until Steve Jobs developed an elegant store for digital products. In the industrial marketplace, certain customers will pay a premium to license the OEM’s genuine, branded CAD files for metal replacement parts. This is a strategy that may yield lower per-unit revenue (an OEM could not charge as much for a license as for the physical part), but more profit overall. And, after all, only the OEM can verify safety and quality, and maintain the warranty on a big machine. Only the OEM can market the blueprint under its brand, the official OEM trademark, which connotes a guarantee of quality.

If you are a manufacturing company that derives significant revenue from replacement parts, you should be talking to your legal advisors and evaluate:

1) What sorts of patent, copyright and trademark strategies your company should employ today, if any; and

Do not delay or deny the threat posed by the coming digitization that may affect your business. That is what the music industry initially did in response to massive file-sharing; delay and denial was not efficacious and suing customers did not work. Instead, consider, if appropriate for your business, a licensing strategy as your opportunity, which is what the music industry finally embraced. In any case, there should be a bullet in your business’s strategic plan every year: What are we doing in additive? 3DMP


AM Trends Identified: Back to Basics, Personalization and Di...


AM Aids in Maintaining, Growing Business During Pandemic, Su...