From AMUG 2021...The Additive Manufacturing Users Group (AMUG) bestowed its President's Award to two individuals, Terry Hoppe and Vince Anewenter. Only 10 individuals have received this prestigious award over its 33-year history. 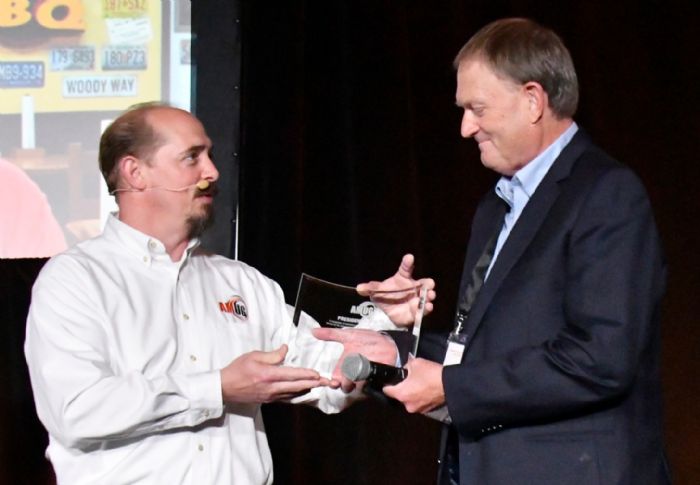 Hoppe, formerly Stratasys' director of North American applications team, received the award posthumously. In part, AMUG's President's Award recognized Hoppe's years of service in the AM industry, yet it primarily recognized his role in transitioning AMUG from a supplier-specific users group to one that embraces AM users of all technologies.

"We invited Terry as a guest of our event so that he could experience what we were trying to do,” recalls Gary Rabinovitz, AMUG chair. “From that exposure, he became a believer and advocate. Terry took that conviction back to Stratasys and championed the AMUG way.”

Scott Crump, co-founder of Stratasys, accepted the award on Hoppe’s behalf while recounting stories that captured Hoppe's contributions as the first Stratasys employee and during the early years of the company. Crump also shared memories of Hoppe that described his approachable, likable personality. A key contributor to the company for more than 25 years, Hoppe retired from Stratasys in 2015.

Anewenter, from the Milwaukee School of Engineering, has served as AMUG treasurer for nine years, and it is in that capacity that he was honored with the President's Award. Through his financial stewardship, AMUG has realized ten-fold growth in conference attendance while maintaining the organization's financial health. 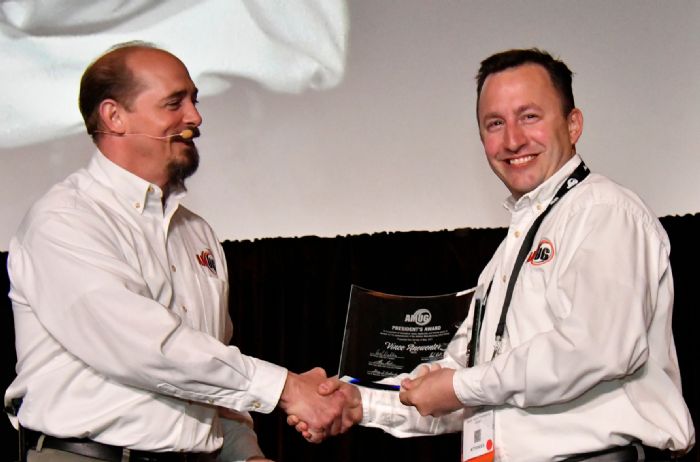 Years of service and achievements made Anewenter a candidate for the President's Award, but the pandemic made it evident that Anewenter was more than deserving, according to Rabinovitz, noting that "because of COVID-19, we postponed our 2020 event and then moved the 2021 conference to a new location. With each change came numerous financial transactions, negotiations, and problem resolutions. Vince got us through all of that and kept AMUG in a healthy financial position."