Nestled just west of Denver, CO, at the base of the Rocky Mountain foothills, the city of Littleton continues to grow. Adding to it, in 2016, 3D Systems opened its Healthcare Technology Center, serving as the central hub for the company’s global healthcare activities and supporting its portfolio of precision healthcare and medical 3D printing solutions.

The 200 employees at the center, consisting of a 70,000- and a 30,000-sq.-ft. building back-to back, work closely with medical practitioners and manufacturers to deliver optimized workflows and improved patient outcomes, in particular through the advancement of 3D-printed medical devices and implants, 3D Systems’ VSP (Virtual Surgical Planning), and immersive surgical simulation.

Manufacturing floors house a range of 3D Systems’ technology, including direct metal printing (DMP) and nonmetal processes including stereolithography (SLA). The facility, ISO 13485-certified for healthcare products (and AS/EN 9100-certified for aerospace), operates in accordance with the FDA and MDD regulations for applicable medical devices, from low-risk models (Class I) to instruments and implants (Class II), to highest-risk devices (Class III), according to 3D Systems officials.

An inhouse simulation-experience center offers visitors the opportunity to demo the company’s Simbionix training simulators, which provide surgeons and surgical assistants the opportunity to obtain skills and practice full procedures in an extensive range of medical specialties. And, the experience center showcases how 3D-printed models can be combined with simulators to allow better understanding of human anatomy, providing a platform for device bench testing, and enabling repetitive practice on patient-specific anatomy without putting patients at risk.

Our recent visit to the center included a tour of the 3D Systems VSP and anatomical-modeling operations, as well as its medical-device design and manufacturing areas with Jeph Ruppert, director of the facility’s Customer Innovation Center (CIC). He and Gautam Gupta, vice president of healthcare go to market for 3D Systems, provided history and background on the company’s healthcare operations.

From its SLA roots, 3D Systems has continued to innovate, producing additive manufacturing (AM) machines, software, materials and services and boasting more than 1000 patents. Specifically in the healthcare sector and reportedly producing the first 510(k) FDA-cleared medical device in titanium, the company today supports nearly 90 510(k) and CE marks (clearances for European Union). And, at the end of 2019, 3D Systems reported its one-millionth printed implant.

Heady numbers, indeed…and there’s more. The company has more than 125,000 surgical cases under its belt, and has more than 5000 surgical simulators installed worldwide with 10,000-plus surgeons trained, through the fourth quarter of 2019.

“We are at the forefront of connecting the dots for hospitals and medical-device companies and their users, through the employment of 3D printing technologies,” says Gupta, offering the raison d’etre of 3D Systems’ Healthcare segment.

The Healthcare segment is supported by 3D Systems’ R&D and machine-manufacturing facilities in Leuven, Belgium, as well as assembly operations and other partnerships in Antwerp, and a partnership in Switzerland with Georg Fischer. Additional 3D Systems units operate in France and Israel, with support offices worldwide.

Littleton’s CIC, one of two under the 3D Systems umbrella dedicated to metals, focuses on servicing North and South America as well as Asia. Leuven houses the other.

“Scalability or application development represents our core focus in Littleton,” explains Ruppert—“how we can bring something to market. A customer would describe an application, and we can design something around it or work with some of our internal teams on topology optimization, for example. Teaming with our Engineering Services and Professional Services groups, we take what we know in running qualified, validated processes to customer sites to help them navigate the process. Our application-development operations sit on a three-point stool, so to speak, supported by quality engineering, manufacturing engineering and application engineering.”

In healthcare, most 3D Systems metals-related work focuses on musculoskeletal applications with heavy use of titanium, according to Ruppert, where hardware replaces static bone. Products include spinal cages and reconstructive supports, with patient-specific applications including acetabular implants and cranial plates. Veterinary applications here also use quite a bit of titanium (the name of one implant customer, appropriately enough: Dog Bones), as do cardiovascular applications, for pacemaker components and such. Dental comprises a large share of work at Littleton, primarily polymer-based as opposed to metal.

Littleton operates 24/7, with some builds taking days to complete. That’s why the infrastructure features redundant power and climate systems. Failed builds due to power outages can become exceedingly expensive. The longest build time at Littleton, according to Ruppert: 14 days on an obviously complex part.

With expertise from design to build, 3D Systems at Littleton offers a hybrid model of sourcing for its customers to provide supply-chain redundancy. Customers can outsource production to 3D Systems and its significant inhouse capacity—on its own, the company produces more than 100,000 dental and medical implants annually. Or, production can be outsourced to 3D Systems’ network of qualified partners, or split between the two. If preferred, customers can insource production.

During 3DMP’s tour, Ruppert provided numerous examples of Littleton CIC successes. Working closely with medical partners and end-use practitioners such as surgeons, the 3D Systems team studies medical scans and other medical input to design and build all manner of instruments, surgical models, guides and implants. In one case, the team developed intricate bone and vascular models to train surgeons and provide reference during a 30-plus-hr. marathon operation to separate conjoined twins in New York, NY. 3D Systems had two employees with the models in the surgical suite for the full, successful procedure.

Another example: a facial transplant. “We didn’t know what the donor would look like,” Ruppert recalls, “so when the donor was identified to us, within 30 hr. we had employees on an airplane with the specific surgical models.”

Such capability is testament to the associates operating the workstations at Littleton.

“We generally hire people with domain (i.e., medical or dental, or aerospace) expertise and not 3D printing expertise,” Ruppert says. “Our ecosystem allows for learning the AM side very quickly. It’s more important that our associates know what they are talking about and can speak the same language as a healthcare or aerospace customer.”

From R&D to design to material to build, 3D Systems at Littleton has one overriding goal.

“We want everything we do to lead to a medical instrument, for example, that is better designed, perhaps lighter and with a minimum of assembly required,” Ruppert offers. “As a result, a nurse in the hospital doesn't have to lift that heavy instrument, or the doctor doesn't have to spend 10 min. assembling it. And, patients get what they need, as good as or better than before. That's the needle that we are trying to thread.” 3DMP 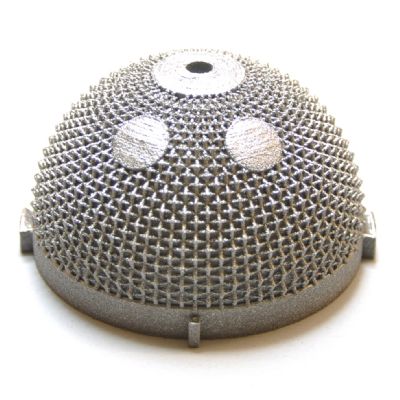 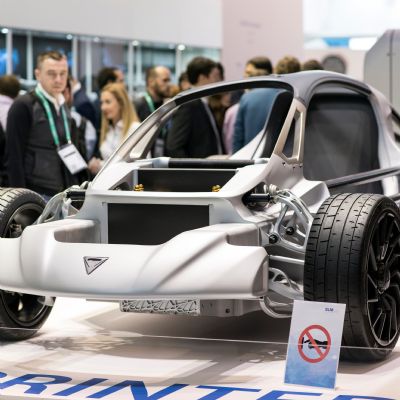