In an Automotive World article published late last year, the author stresses that “the automotive industry must take a cue from the aerospace and defense industries, which have heavily invested in developing new materials and technology in 3D printing to meet their evolving requirements….OEMs should proactively look for innovating with the technology.” 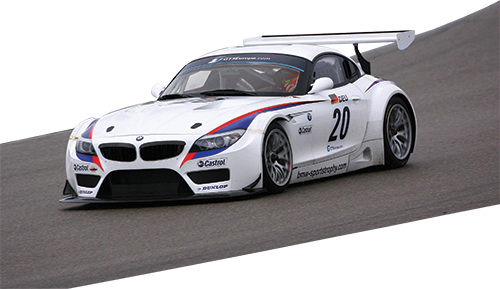 The article notes that several automotive OEMs, Ford and BMW in particular, have evolved from using additive manufacturing only for prototype development. Now they’re moving into what the author calls “the next stages of 3D printing technology adoption—printing hand tools, fixtures and jigs.” And, Ford 3D-prints prototype engine parts; BMW prints metal water-wheel pumps for its DTM racing cars; and Johnson Controls has 3D-printed metal parts for automotive seats.

While perhaps lagging the aerospace industry in commercial applications for metal additive manufacturing (AM), there recently have been several headline-grabbing newsmakers related to metal-AM work within the automotive industry. For example, EDAG Engineering GmbH has partnered with 3D-printer manufacturer Concept Laser and tube-processing specialists BLM Group to engineer its Light Cocoon concept car. The car’s spaceframe comprises 3D-printed metal nodes. Using metal AM to make the nodes, of complex geometrical shapes deemed difficult or impossible to manufacture conventionally, allows for easy, cost-effective modifications and customization.

The weight-reduction and performance-enhancing capabilities presented by 3D metal printing are simply too enticing for the automotive industry to ignore. That’s the perspective of Andrew Snow, senior vice president of EOS North America, Inc., who tells 3D Metal Printing that he’s seen numerous possible applications for the technology being discussed within the industry. These discussions lead Snow to believe that the industry will definitely trend toward growing use of metal AM.

A few notable technology trends Snow points to, that promise to make 3D metal printing more applicable to those working in the automotive industry: use of multiple lasers (in laser-powder bed machines) to increase build speed; and maturation of the automation concepts needed to make the overall process of printing and finishing significantly more efficient.

“A lot of suppliers and users are working in both of these areas,” says Snow. “For our part, EOS announced in mid-2015 a strategic relationship with GF Machining Solutions, in Switzerland, to develop process-automation solutions. These combine EOS’ additive-manufacturing (direct metal laser sintering) expertise and the expertise that GF offers in EDM, high-speed milling and automation.”

In the meantime, says Snow, the automotive production applications for 3D metal printing primarily reside within the motor-sports arena. Here it’s all about shaving ounces, if not pounds, from race cars built and repaired by Formula 1 leaders such as McLaren Racing and Red Bull Racing. In fact, late in 2015 EOS entered into a 3-yr. technical partnership with Williams Grand Prix Engineering. The Williams Formula 1 team employs EOS machines to 3D-print metallic-plastic parts from Alumide (an aluminum-filled polyamide powder) and Carbonmide (carbon-fiber-filled polyamide)—parts for functional testing including engine ancillaries and complete gearbox assemblies, as well as jigs and fixtures.

Printing with powders combining nylon with aluminum powder also is promoted by Materialise. Its RapidFit company 3D-prints modular check fixtures for automotive applications, using a variety of materials including an aluminum-polyamide powder called Alulon. Compared to traditionally fabricated fixtures, the RapidFit fixtures are significantly (as much as 50 percent) lighter, and can be designed with complex internal and external geometries.

On the direct-metals front, the EOS website offers up a handful of Formula 1 applications for 3D metal printing. Included is a 3D-printed driveshaft combining carbon fiber and titanium that reduces weight by 73 percent compared to a steel driveshaft; and a wheel-suspension part printed from aluminum that reduces weight by as much as 35 percent compared to the previously used investment-cast part.

“There are several examples out there,” adds Snow, “and most are proprietary. Another one I’ve seen is a custom gas pedal printed as a titanium lattice.

“To move metal-AM technology more into the mainstream automotive market, including short-run production of low-volume cars,” Snow continues, “we’ll need to see a continuing of the evolution underway in areas such as part design, deposition rate and in-process quality control.”

Describing programs in place to develop the metal-AM knowledge base of next-generation design engineers, Snow notes work underway at several universities including the University of Louisville, which has partnered with Underwriters Laboratory as well as EOS. Such programs help to train the next generation of engineers in the economics of AM, basic machine operation, material handling and design for AM. Such training is needed because the design rules that apply to traditional subtractive machining do not necessarily apply when using AM.

“The industry also is developing technology to significantly increase metal deposition rates,” Snow continues, “which will help automakers and their suppliers cost-justify use of the technology. For example, EOS recently introduced a machine (the M400) that can be equipped with as many as four laser heads. The beams can work simultaneously to build up one part, or can individually build multiple parts at one time.”

Other much-discussed areas when it comes to moving 3D metal printing into production applications are production-monitoring and process-control technologies. Here, EOS also is busy. Late last year the firm rolled out its EOState melt-pool monitoring system that collects data related to every layer built up during the DMLS process.

“Reproducibility is key if we’re going to grow the use of metal AM, particularly in industries where part-quality assurance is critical, such as in automotive,” says Snow. “This technology lets customers move part quality assurance from post-process to in-process, which promises to increase productivity and reduce overall costs.”

The process works by observing and gathering data related to the light emitted by the melt pool. Software then analyzes the data to help direct process parameters.

Last but not least, EOS expects to introduce, early in 2017, an optimal tomography setup that will monitor the powder bed during processing and capture 3D images of the workpiece. “Using the process, developed in Germany along with aerospace company Munich Turbine Union,” Snow says, “we’ll be able to identify any inclusions or other flaws that might have developed during the build. This will help manufacturers make quicker and better defined decisions regarding the secondary processes that might be required after printing—hot-isostatic pressing, for example.” 3DMP


EOS, Sauber Technologies Partner on AM Tech for Formula One ... 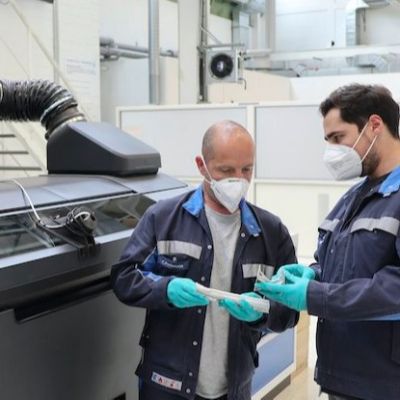 
A Big Automotive Opportunity for AM


Desktop Metal AM Machines Headed to German Automaker for Vol...